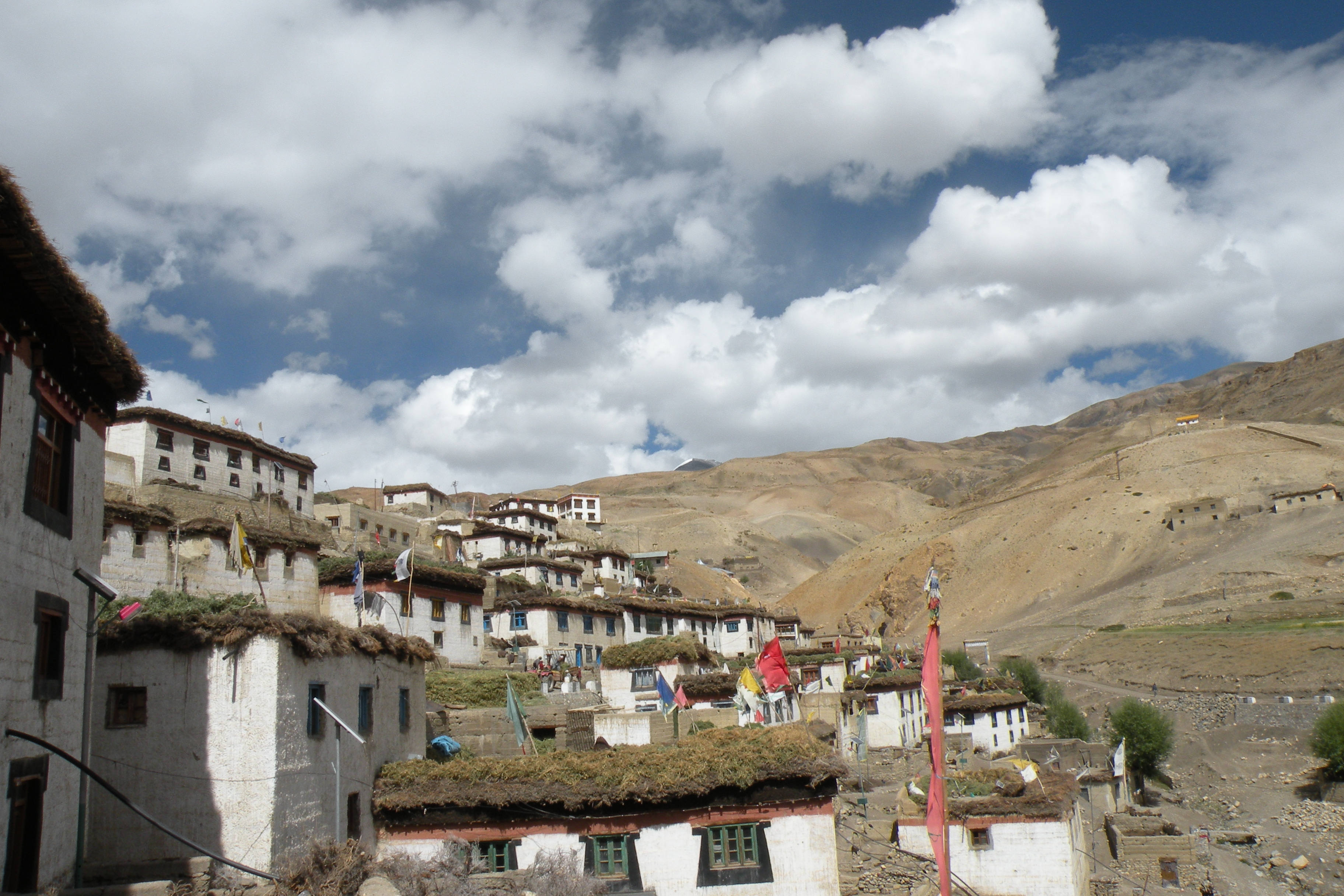 We have discontinued our travel offers. These tours can currently be requested from NEUE WEGE Seminare & Reisen GmbH.

Jewel of Tibetan Buddhist culture in the Himalayas

In the old Kingdom of Spiti, there is a rare opportunity to experience directly and authentically the Tibetan influenced traditions of the people of this remote area, and the monastic life of Buddhist monks .

We will begin our tour in Delhi - from there our route takes us by train to Chandigarh, where we continue with Jeeps to Shimla. It is here, particularly in the Mall, along the former grand boulevard, the main street, where many of the typical old English buildings can still be seen. A walk to the residence of the former viceroy, and a trip to Jacco Hill with its spectacular view of the Himalayan range, will certainly be the highlights of our stay in Shimla.

We will drive past Narkanda to Sarahan, the ancient capital of the former Bushar kingdom. Here we have the opportunity to visit an outstanding example of Buddhist-Hindu architecture: the towering Bimkali temple. On the following day we will attend the morning puja, before starting on our journey through the Baspa Valley, where will get a glimpse of the Kinner Kailash with its snowy peaks. As with its big brother, the holy Mount Kailash in Tibet, Buddhist pilgrims go here clockwise around the mountain.

On the drive to Sangla, we see sparse forests, pass through green valleys that dominate the landscape all the way to Nako - then we get more and more into a barren landscape that is similar to the Tibetan plateau, before we reach the area around the monastery of Tabo.

This famous monastery was founded by the well-known Tibetan Buddhist translator Lotsava Rinchen Tsangpo. In 1996 Tabo monastery celebrated its thousand anniversary with a Kalachakra Initiation conducted by H.H. the Dalai Lama. Well worth seeing is the assembly hall with its mandala-like design, beautiful murals from the 11th century and the 33 figures of the Tibetan- Buddhist pantheon that appear to be free-floating in space. Going past the village Dhankar, which resembles very much a fortress, and later on the Monastery Kye, we will finally reach Kibber, at a height of 4,200 meters, where we will begin our 7-day trekking over the Parang La pass to Tso Moriri Lake.

A two-day stay in the ancient caravan city of Leh rounds off our stay in the mountains of the Himalayas. Since Spiti has not been opened long for tourism and as we have a friendly relationship with Lotsen Tulku (Lotsava Rinchen Tsangpo) in Kye Gompa, many doors might open this for us, especially in Tabo and Kye.